Born about 1897, the son of Charles and Mary Pocock of Charcott, Leigh, Kent. The 1901 census shows the family with three sons and three daughters. His father worked as a Cricket Ball Packer. Sidney ‘s brother Ernest was with the West Kent Regiment and survived the war. 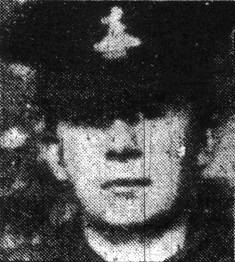 We regret to record the death of Sergt. S. Pocock, son of Mr and Mrs C. Pocock, of Charcott, Leigh. He was not yet 21 years of age, and joined the Royal West Kent Regiment at the outbreak of war, but later was transferred to the King’s Royal Rifle Corps. He went to France in May 1916, and had seen much heavy fighting, but had escaped all injuries until he was killed by the explosion of a shell on the 19th September. He was home on 10 days leave two months ago. Before joining he was employed at Messrs Duke and Sons, cricket-ball manufacturers.