In 1767 William Dodd also instructed John Bowra to make a map of FUNKS FARM, which is on the hillside immediately west of Scabharbour Lane . This was a small farm of only 33 acres and all the farm buildings and farmhouse were rebuilt when this farm became part of the Southfield estate then owned by the Gordon Family (Gin). 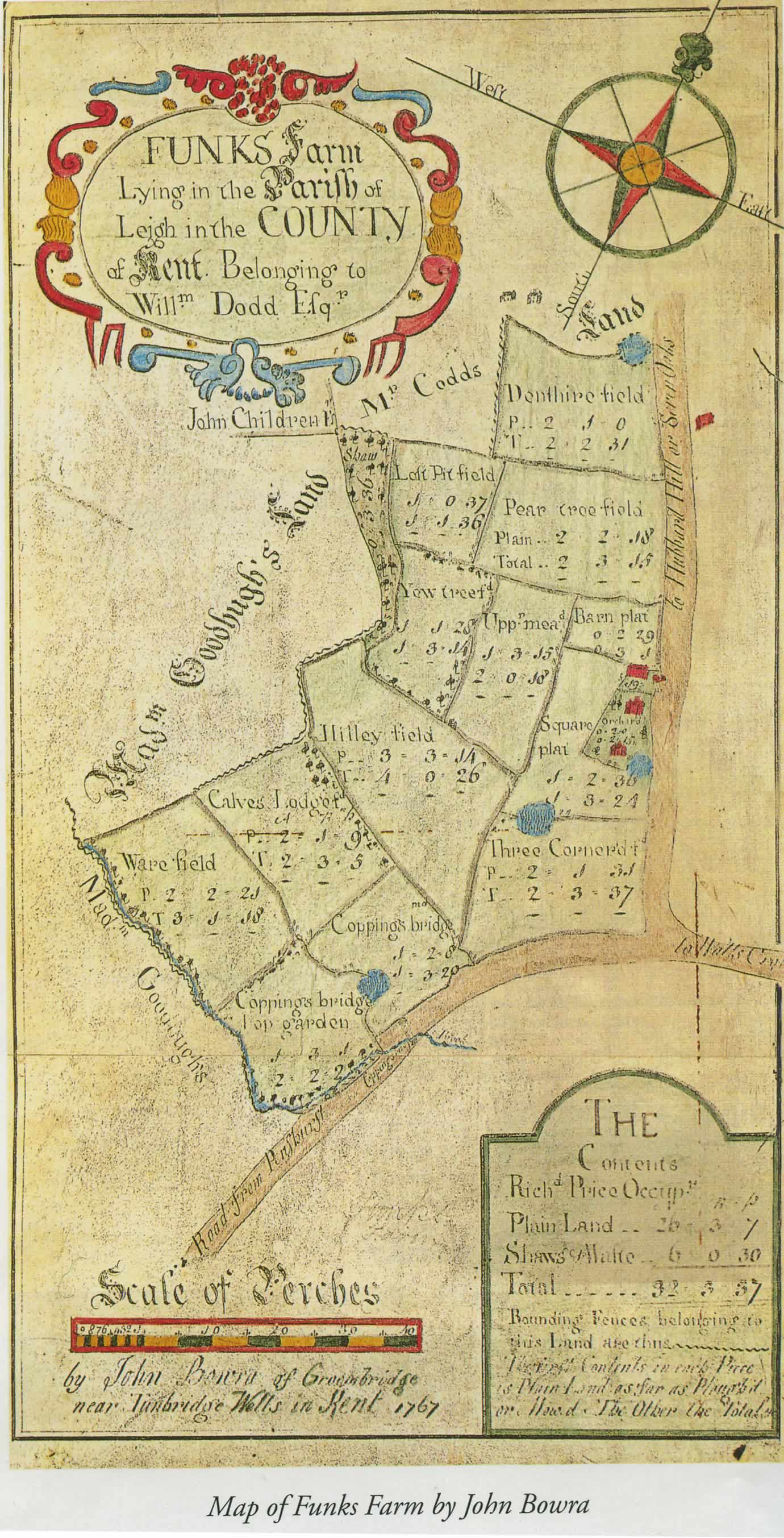 John BOWRA who made the maps of both Clark’s Farm and Funks Farm was born in 1716 and was a very well known agricultural surveyor. He seems to have been a colourful character in his youth and Gordon Ward in his Sevenoaks Essays describes a conflict which took place between Excise men and a smuggling force which consisted of 29 horses and men armed with long guns which set out from John Bowra’s house in Groombridge. John Bowra married in 1738 and settled down to a more respectable profession as a cartographer.