The Register of Graves in the New Churchyard is a comprehensive record of all burials and interments since June 1920. Whilst this centres on the new churchyard, as defined above, it also includes additional burials/interments in the old churchyard since that date, burials in the lawn and commemorations on the memorial wall.

Graves have been numbered sequentially on allocation. They do not follow any logical sequence around the graveyard and it is better therefore to use the grid location to locate any grave. Numbering starts at 27, the first 26 numbers having been allocated in 1920 to those reserving the right to be buried in existing graves in the old churchyard already occupied by close family members. Some of these reservations were taken up, some were not; either way the numbers have no current significance.

Graves in the Lawn are numbered from 400 upwards.

Nos. 267, 287, and 295 were originally allocated for special grave locations but have no current meaning and can be reallocated if required.

Child graves are half-size graves and have been allocated alphabetic references. In many cases the exact locations of these are difficult to confirm as they have been fitted in, often off-grid. There are a number of children who have been buried in full-size graves and these can be identified by the ‘age’ column in the burial registers.

Where post-1920 burials have required graves in the old churchyard to be re-opened, the numbers used in the Leigh Historical Society’s survey have been referenced. Where no gravestones exist, there are no entries in this survey and hence the location of burials cannot be recorded.

Some interments are made in the graves of previously buried members of the same family. Many are recorded as being in the ‘ Garden of Remembrance ‘. Before the construction of the Memorial Wall in 1978, it is not clear which part of the churchyard was used for this purpose, though there is some suggestion that it could have been adjacent to the north boundary where the wall was ultimately built. These interments are noted in green italics GR in the location column – the early entries were even numbered but no key to the numbers was kept. Following the construction of the wall, it became usual practice for ashes to be interred in front of the relevant plaque in the wall. Where this is confirmed in the register a bold GR is recorded; where it is assumed to be the case a standard font GR is used.

For more information on inscriptions covered by this area, contact the Society. To email us please click here

The following documents relating to the new churchyard are available for viewing:

Layout of the new churchyard (north) 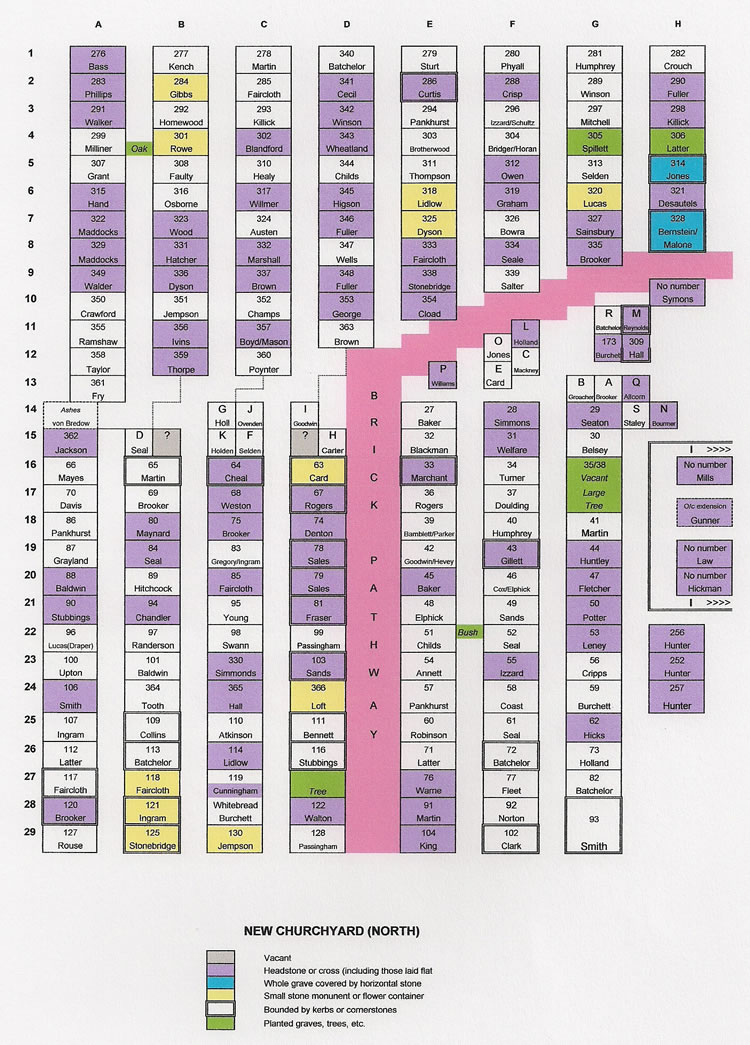 Layout of the new churchyard (south) 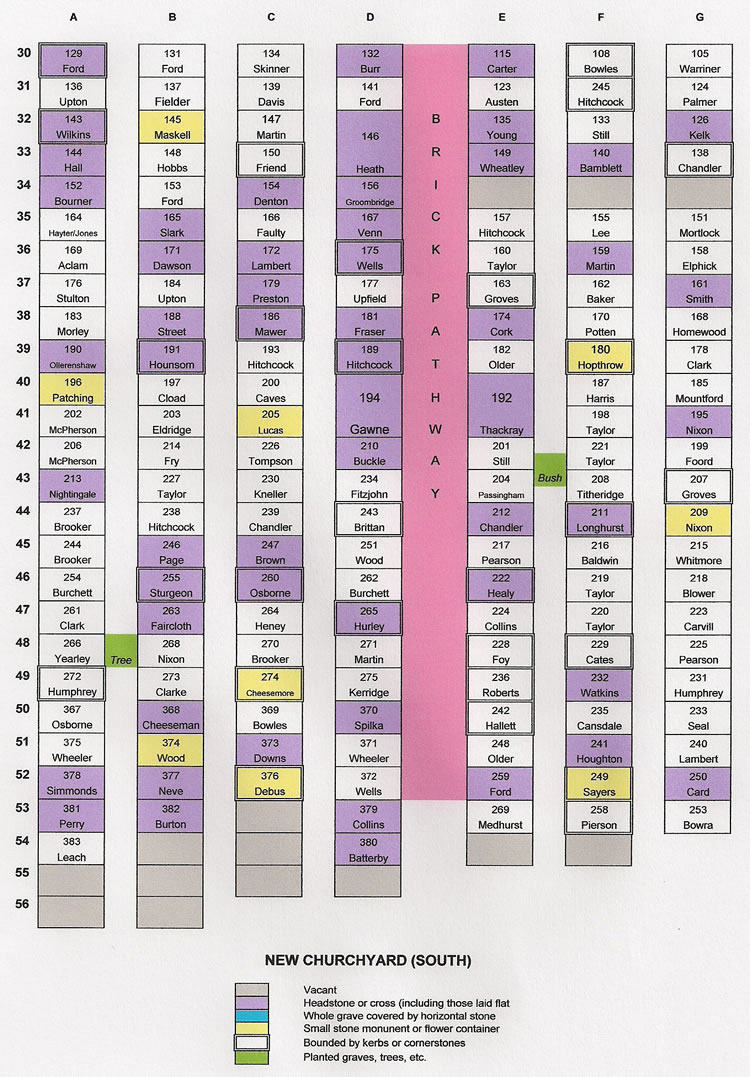 Diagrammatic layout of the lawn 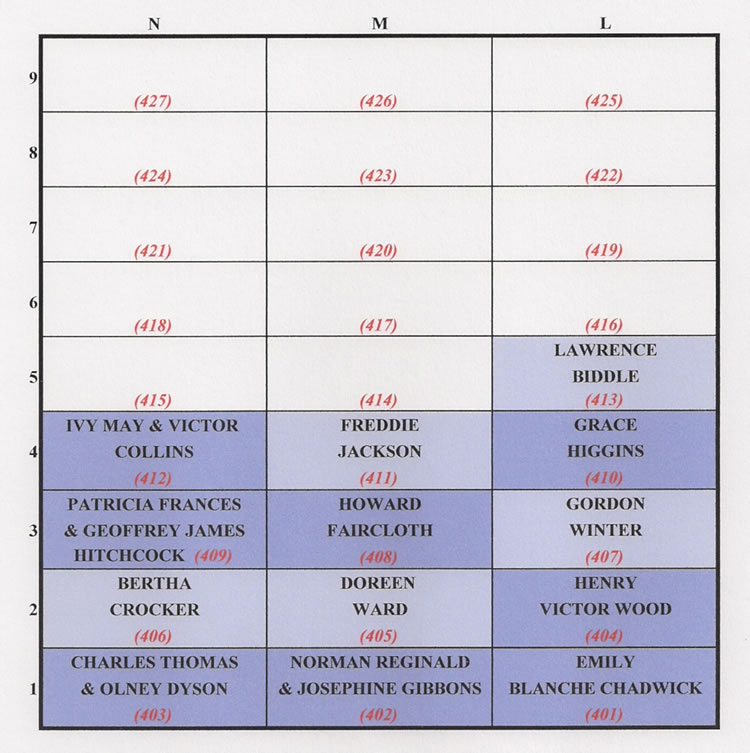