Born in Leigh , Kent . Baptised on the 7th May 1899 at St Mary’s Leigh. Resided in Leigh, son of James and Annie Brooker of Leigh Village. 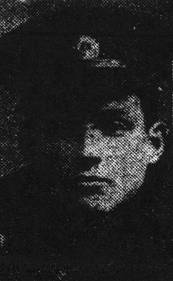 Information has been received that Pte. J. Brooker, Essex Regiment, youngest son of Mr and Mrs Jas Brooker. The Village, Leigh, was wounded on April 26, and since reported missing. He went to France on April 1st, six days after he was nineteen. Any information concerning him would be gratefully received by his parents. Prior to enlisting he was employed by the Tonbridge Gas Company. Mr and Mrs Brooker have three other sons serving.