This map was the Redleaf Estate Map and includes all the farms which were part of the Redleaf estate and fortunately also includes Leigh. 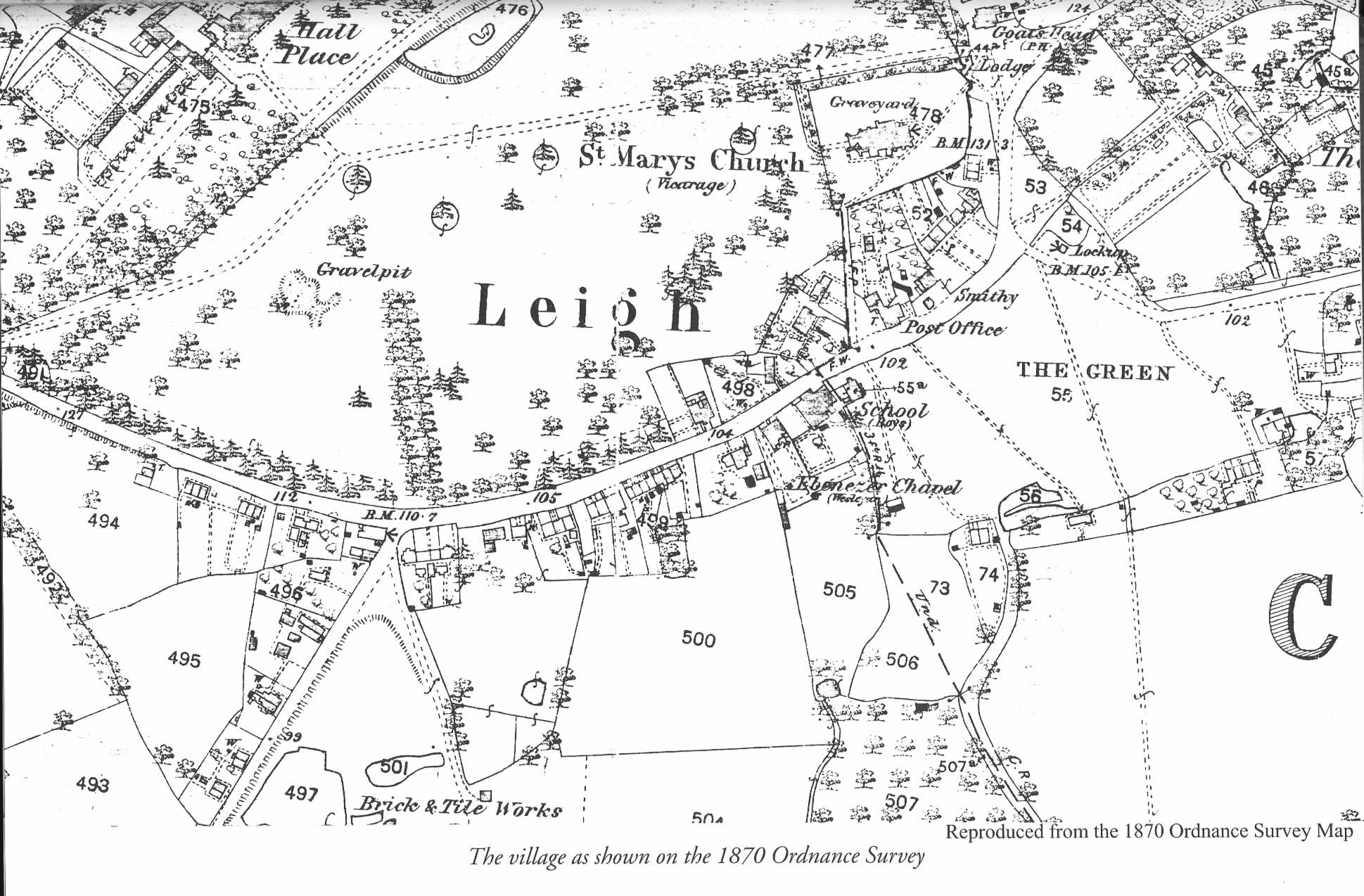 It shows the village, as it was when Farmer Baily sold to Samuel Morley with the 1780 house as extended by the Hall built in 1846. It shows changes that had taken place since the Tithe Map such as:

The Porcupine had been renamed The Goat’s Head to reflect the crest of the Baily family rather than that of the Sidney family.

The Vicarage was located close to where Inglenook now stands and there were remnants of a moat on two sides.

The Lock up (in the Tithe Map called a cage) stood where the War Memorial now stands.

The Charity School on the Green had been demolished and the first section of the present school built on part of the Green adjoining Orchard House with its porch (still visible) facing the High Street.

Stone House and Fleur de Lys 4 cottages had been built.

The railway had been in use since 1842 but there was no station at Leigh. Penshurst on the other hand had a station with at least 3 sidings and an approach road had been built from Moorden. Penshurst with its big houses like Penshurst Place , Redleaf, South Park , Hammerfield and Swaylands was of importance while Leigh was of little importance.

The Leigh Parish charities had built in the 1850’s a group of three cottages in what is now South View’s garden, two more groups of three cottages where Saxby Wood now stands and a double cottage in Lower Green close to the railway.

Edward Wheatly, on land belonging to the Penshurst Estate, had built two pairs of cottages in Lower Green, one being The Old Bakery and the other the similar two cottages nearer the railway. The Brickmakers Arms had also been built.

Between 1840 and 1870 there was a lot of building in the village and it is therefore not surprising to find that the clay excavations close to the Brick and Tile Works had increased in size very considerably.

Other houses built in this period were Barden Cottages on the Green, No 1 Church Hill and the head gardener’s cottage at what was the back entrance to Hall Place .