↓ Skip to Main Content
Home › Around the parish and MAPS › Maps of Leigh and district › Hasted’s History of Kent, 1778, vol 1 the Somerden Hundred 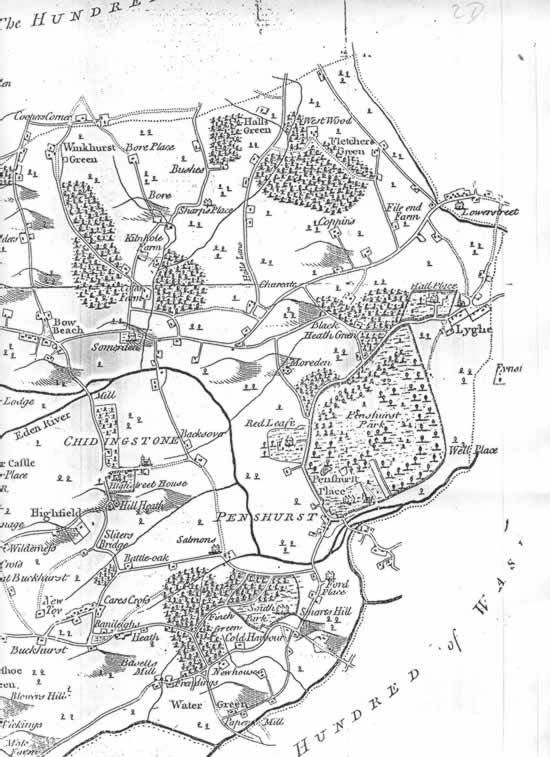 Hall Place is shown with a fenced park around it. The layout of houses in the village is comparable to what is shown in the Andrew, Drury & Herbert and the 1801 Ordanance Survey maps. There is a track from the Church to Leigh Park Farm roughly on the line of the present footpath. Penshurst Park is shown as a single large Park.