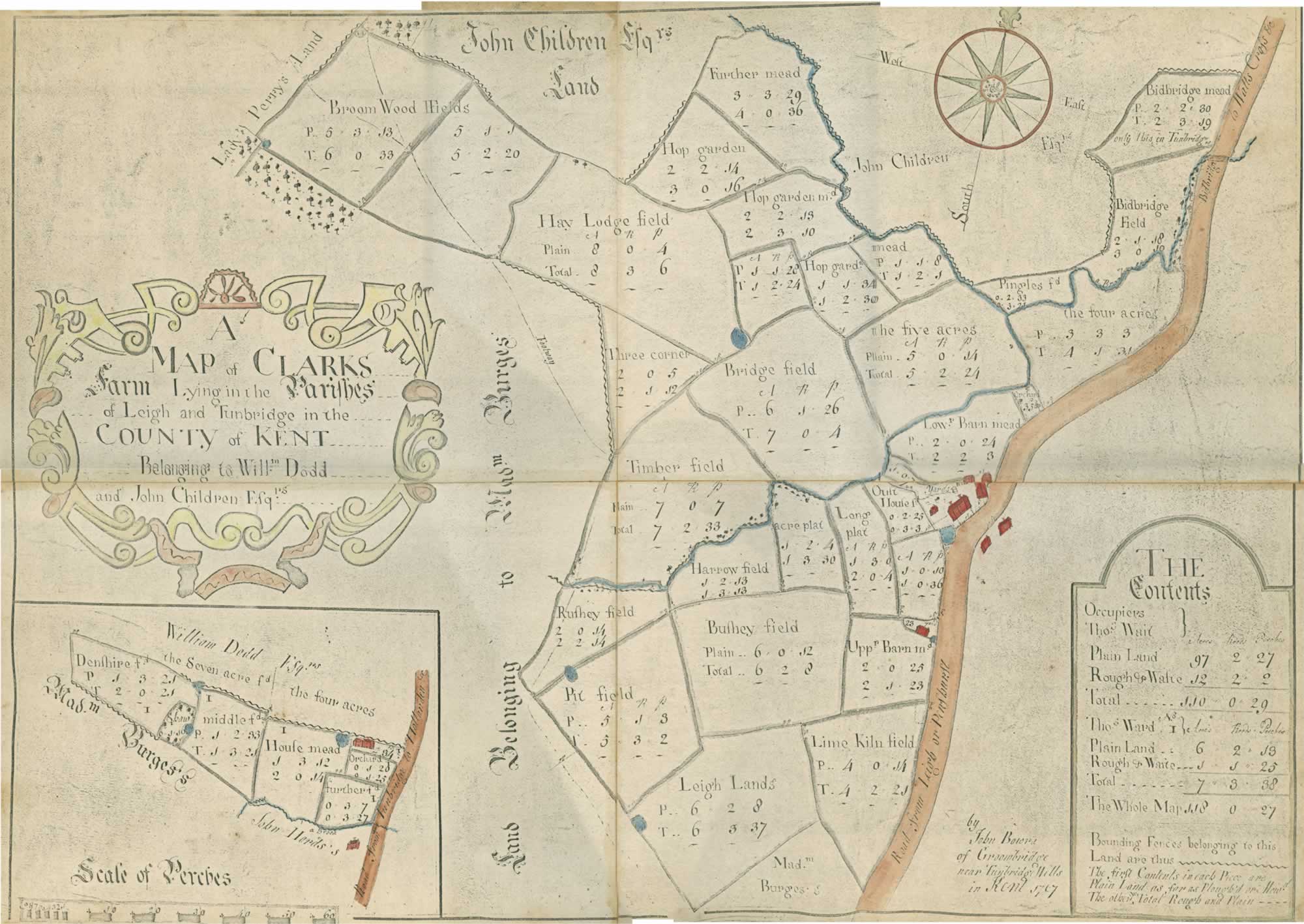 In 1767 William Dodd and John Children owners of Clark’s Farm, now called Home Farm, instructed John Bowra of Groombridge to make a map of the farm. It was 110 acres in extent and the tenant who occupied it was Thomas Waite, a member of a dynasty of Leigh Tenant farmers who in their time farmed Great Barnetts, Little Barnetts, Great Hollanden and Kennards Farms.

In the left hand bottom corner of the map is the plan of a small piece of land in Riding Lane which was in the same ownership.

At the farm the Granary, still standing, is shown but most of the farm buildings were on the high ground north of the farmhouse to avoid flood.

There are 29 fields all very small and now consolidated into about five fields.

The footpath from Leigh to Lower Street Farm is shown.

The Hall Place land is shown as belonging to Madame Burgess. She had inherited from, her brother William Heath and though her Son Robert was living at Hall Place she had evidently retained the land.

On the other side of the road the Woods, House and Barn is shown but the barn was later moved away from the road when the garden in front of the house was laid out in 1812.

The road is shown as being from Leigh and Penshurst to Watts Cross. This was a Turnpike Road for which a Turnpike Trust had been created by Act of Parliament in 1765.