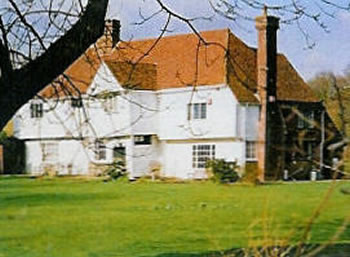 Source of the name “Pauls” Farm

The name derives from the de Polle family who were resident in the Tonbridge area in the 13th century, and recorded 1258 and 1280 documents. In 1307 William de Polle and his wife Cecilia bought Pauls Farm, consisting of a house and 300 acres, from Ralph de Chaney of Hall Place. By 1399 the de Polle family had acquired the Manorial Rights of East Leigh (sometimes called Pauls Leigh).

In Chris Rowley’s book We had everything…, there are many reminiscences of hopping at William Goodwin’s Pauls Farm during the early 1900s and before. School holidays were adjusted to accommodate the hopping and the day would start before 8am. The farm was operated by William Goodwin and then his daughter Ethel, and was still operating as a working farm in the 1950s. The farm and outbuildings have now been sold and converted into separate homes.