↓ Skip to Main Content
Home › Around the parish and MAPS › Maps of Leigh and district › Tithe Map, 1841

The Tithe Act 1836 substituted a tithe rent charge for the old system of Tithes and it became necessary to make a map of each parish in order to apportion the rent charge. 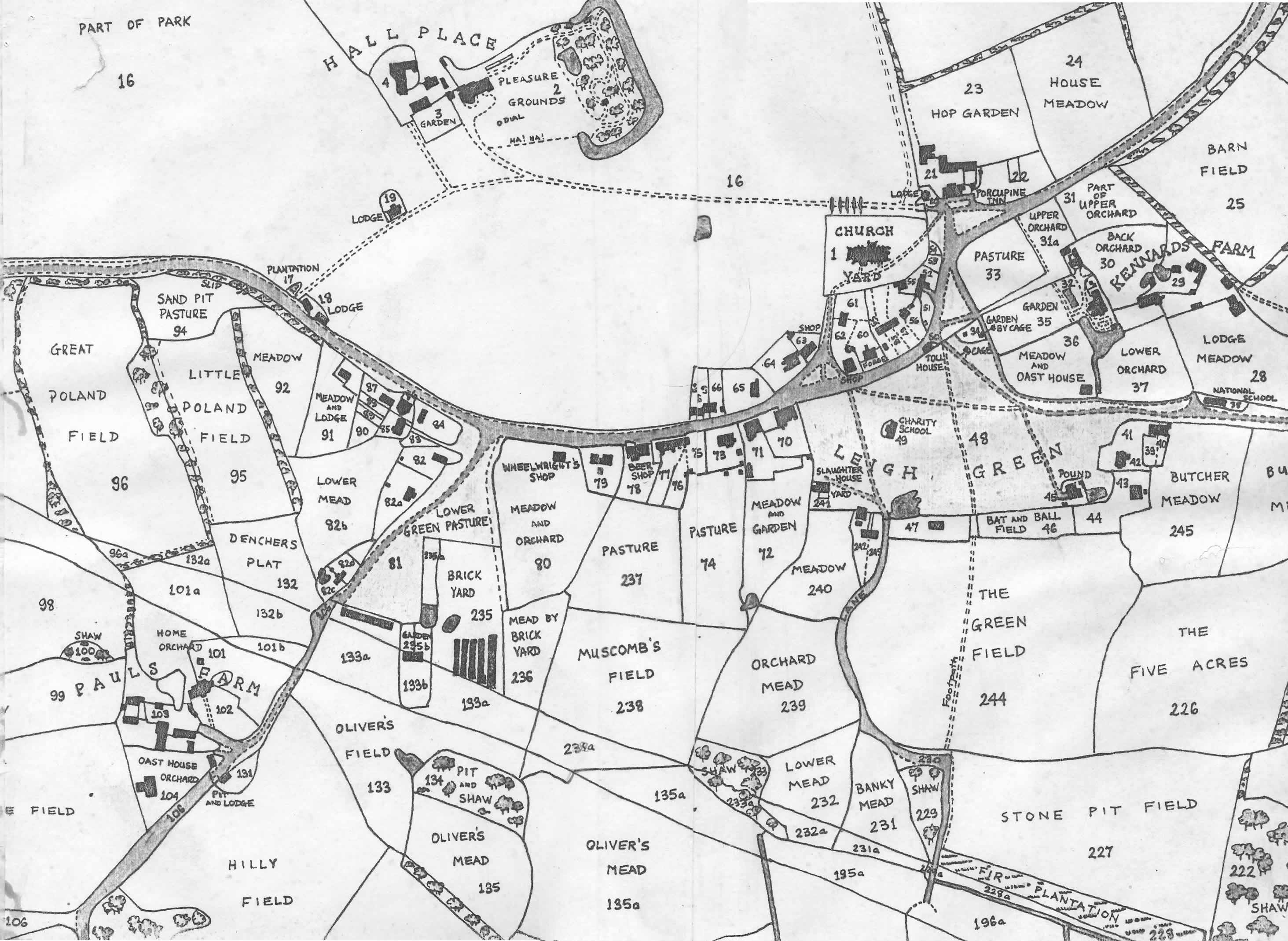 Part of the Tithe map which relates to the village and shows:

The Railway was in course of construction when the Tithe Map was being made and is shown. It involved the destruction of two cottages shown and part of the Brick and Tile Works. 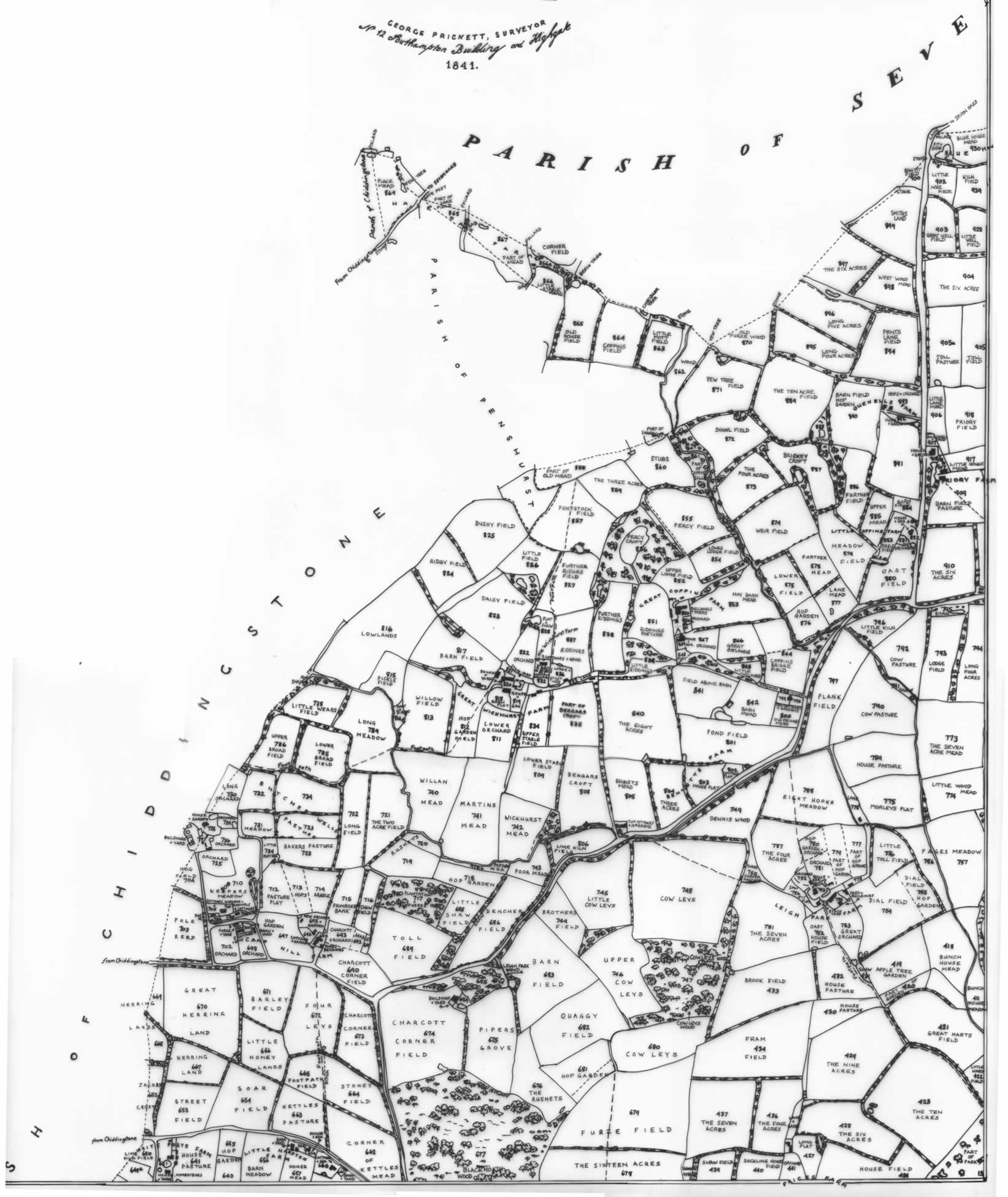 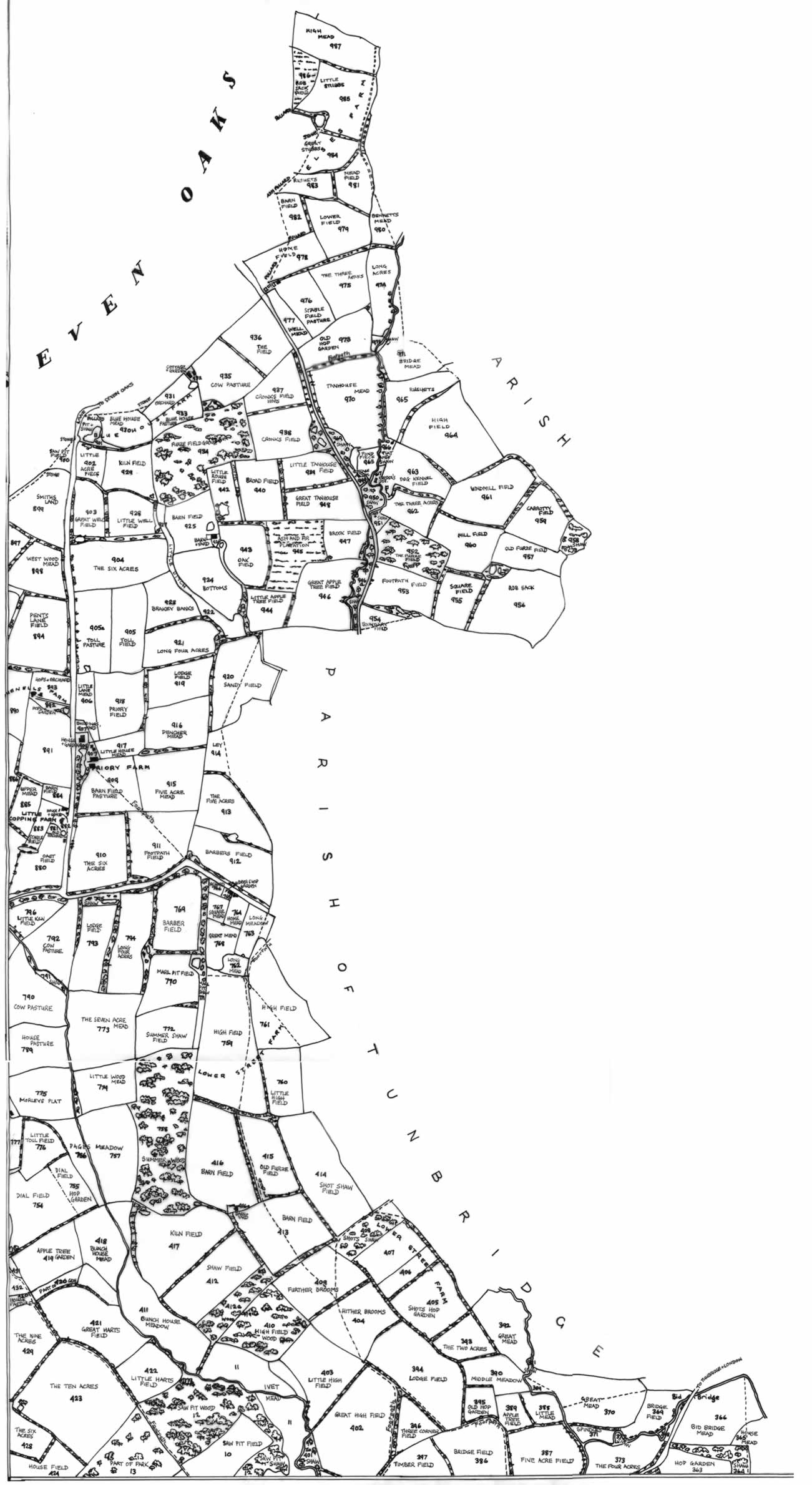 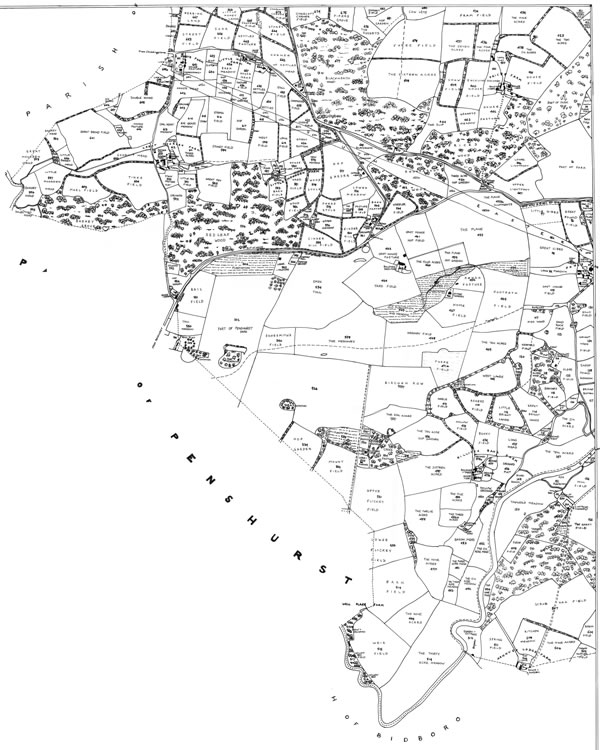 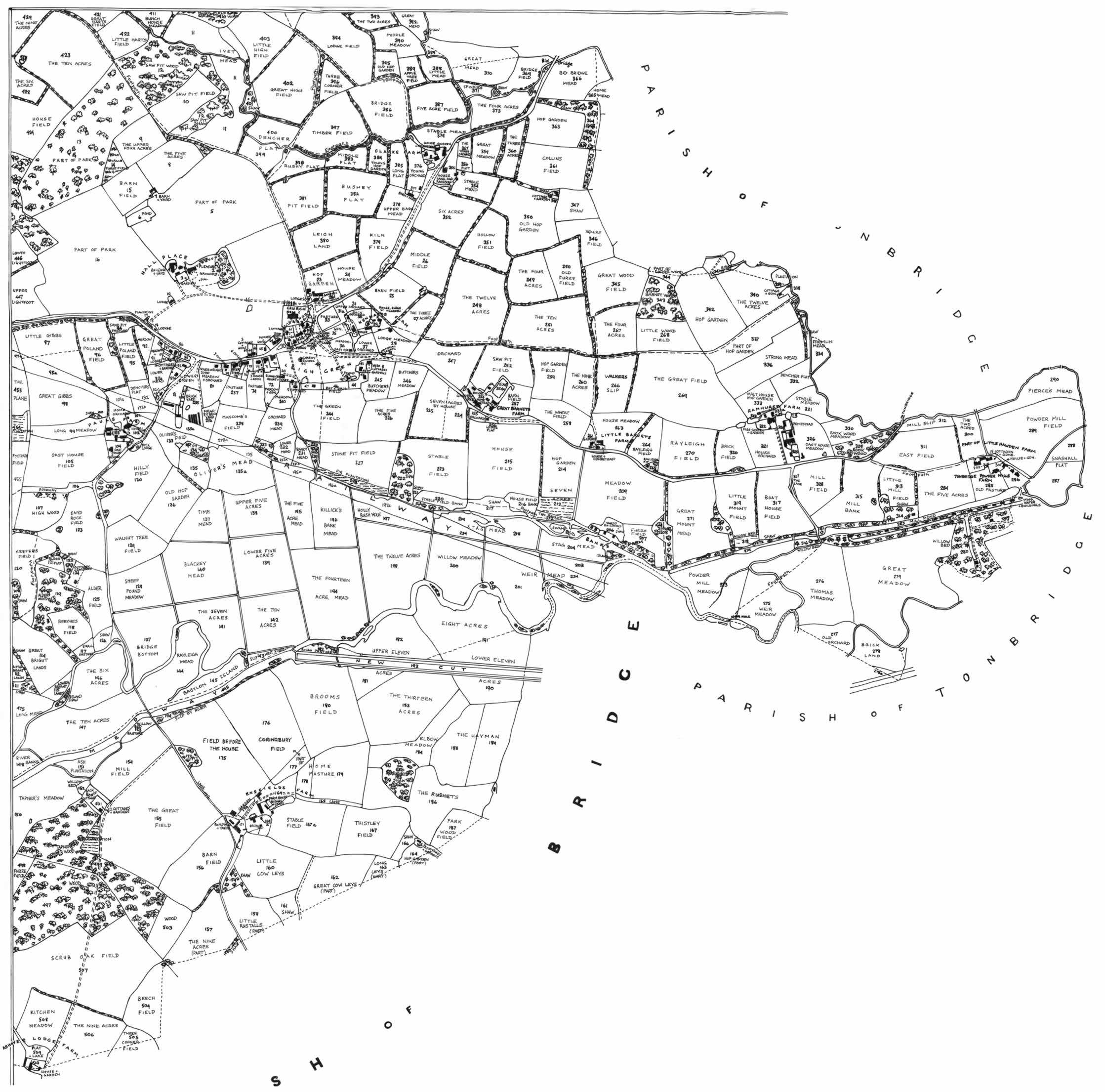