↓ Skip to Main Content
Home › Around the parish and MAPS › Maps of Leigh and district › Plan showing the Scheme of Drainage of the Village of Leigh, Kent: 1872

Plan showing the Scheme of Drainage of the Village of Leigh, Kent: 1872

This is a copy of a plan in a leather bound book together with details of each individual property in the village. This coloured plan on a scale of 50.644 inches to the mile shows the whole drainage scheme, which was carried out at the expense of Samuel Morley. 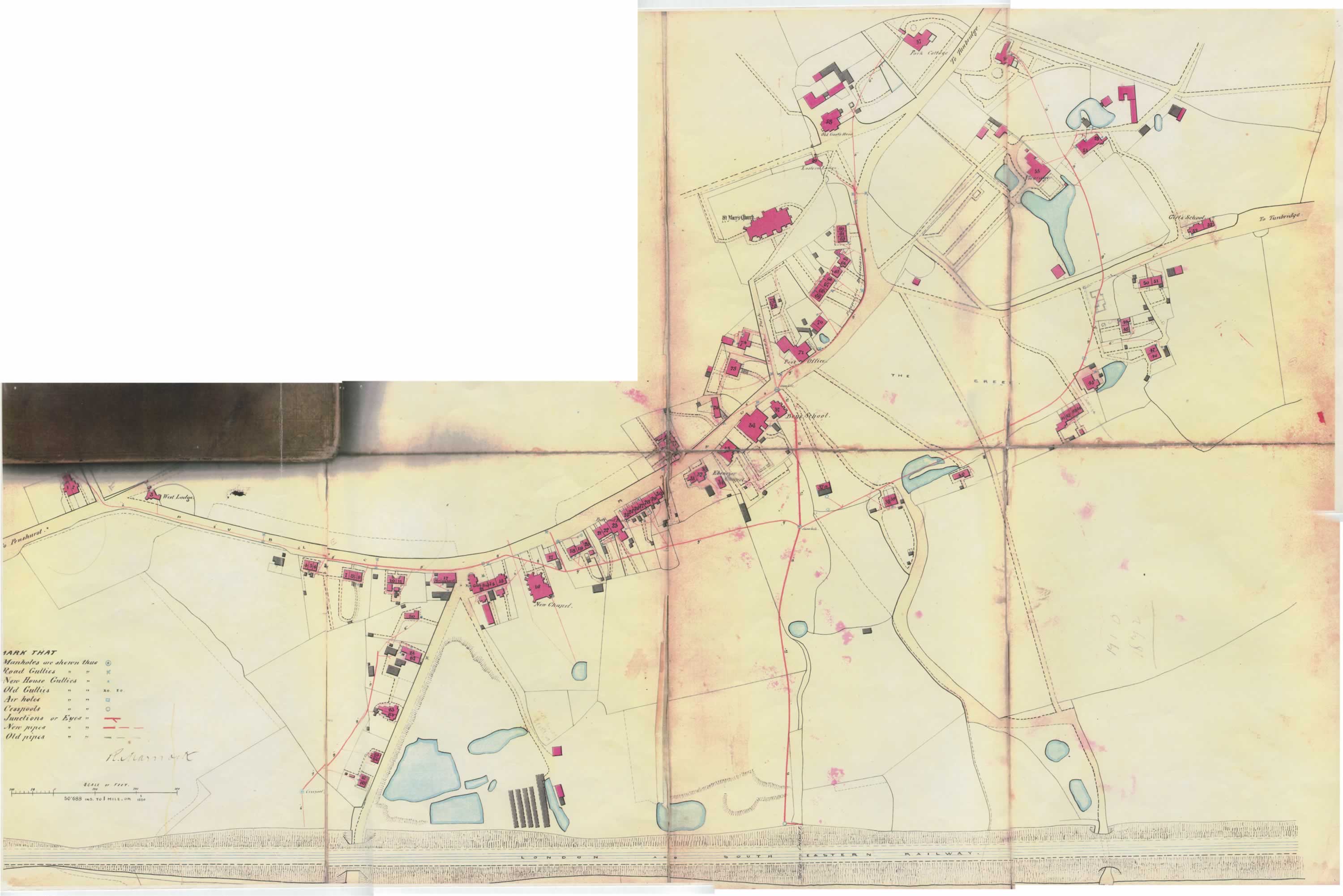 This is the first plan to show the influence of Samuel Morley.

New Chapel (now the large village hall) had been built, but not the small hall or the baptistry.

Goat’s Head Inn is now called ‘Old Goats Head’. Where the Fleur de Lys is located an extension has been built to the western 2 cottages and it is called ‘New Goats Head’. Samuel Morley a confirmed teetotaller was not prepared to have an inn at his front entrance.

Because they are coloured the ponds come out more clearly than they do on the 1870 map. There were then 17 ponds of these only 3 survive today.