Born in Leigh on the 17 November 1896. Baptised on 7th February 1897 at St Mary’s Leigh. He took the bible awarded him by Hildenborough Sunday School in 1906 with him to war. Son of George and Annie Laura Batchelor of 22 Powdermills, Leigh, Kent. 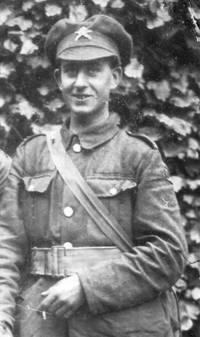 Remembered on the Leigh and Hildenborough War Memorial.