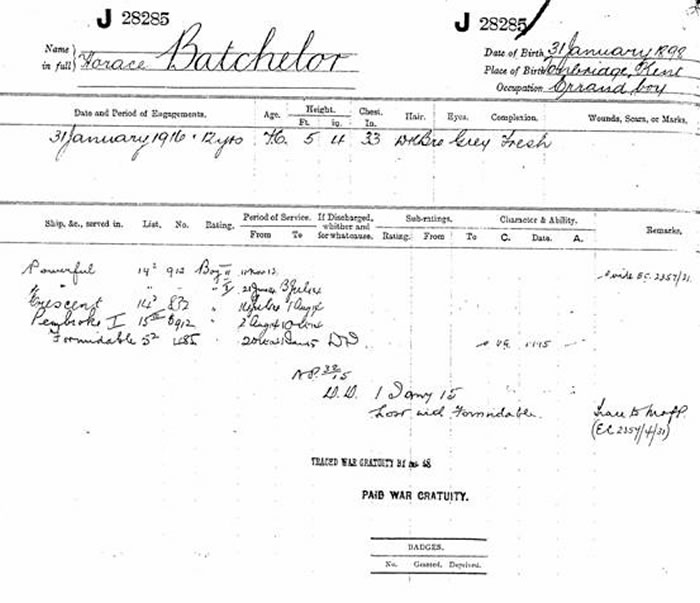 HMS Formidable was a battleship serving with the Royal Navy in the Channel. It had a crew of 780 men. On New Year’s Day, 1915, the fleet was returning from firing exercise. Six battleships and two cruisers were sailing in line through Lyme Bay . HMS Formidable developed engine trouble and was last in the line. Unknown to the navy the fleet was being shadowed by a German submarine. At 2.30am, in bright moonlight, HMS Formidable was torpedoed. Nearly 600 men were drowned or died of cold in the freezing waters.

Remembered on the Leigh and Hildenborough War Memorial.