↓ Skip to Main Content
Home › Around the parish and MAPS › Maps of Leigh and district › Lady Yonge’s Estate, 1758

On the death of Jocelyn 7th Earl of Leicester without heirs, the Penshurst Estate passed to his two nieces, Lady Mary Sherrard and Elizabeth Perry who took equally as co-parceners. Lady Mary Sherrard died without children and she gave her share of the estate to Anne, Lady Yonge who in 1758 instructed E J Eyre to make a map of that part of the Penshurst Estate to which she was entitled. 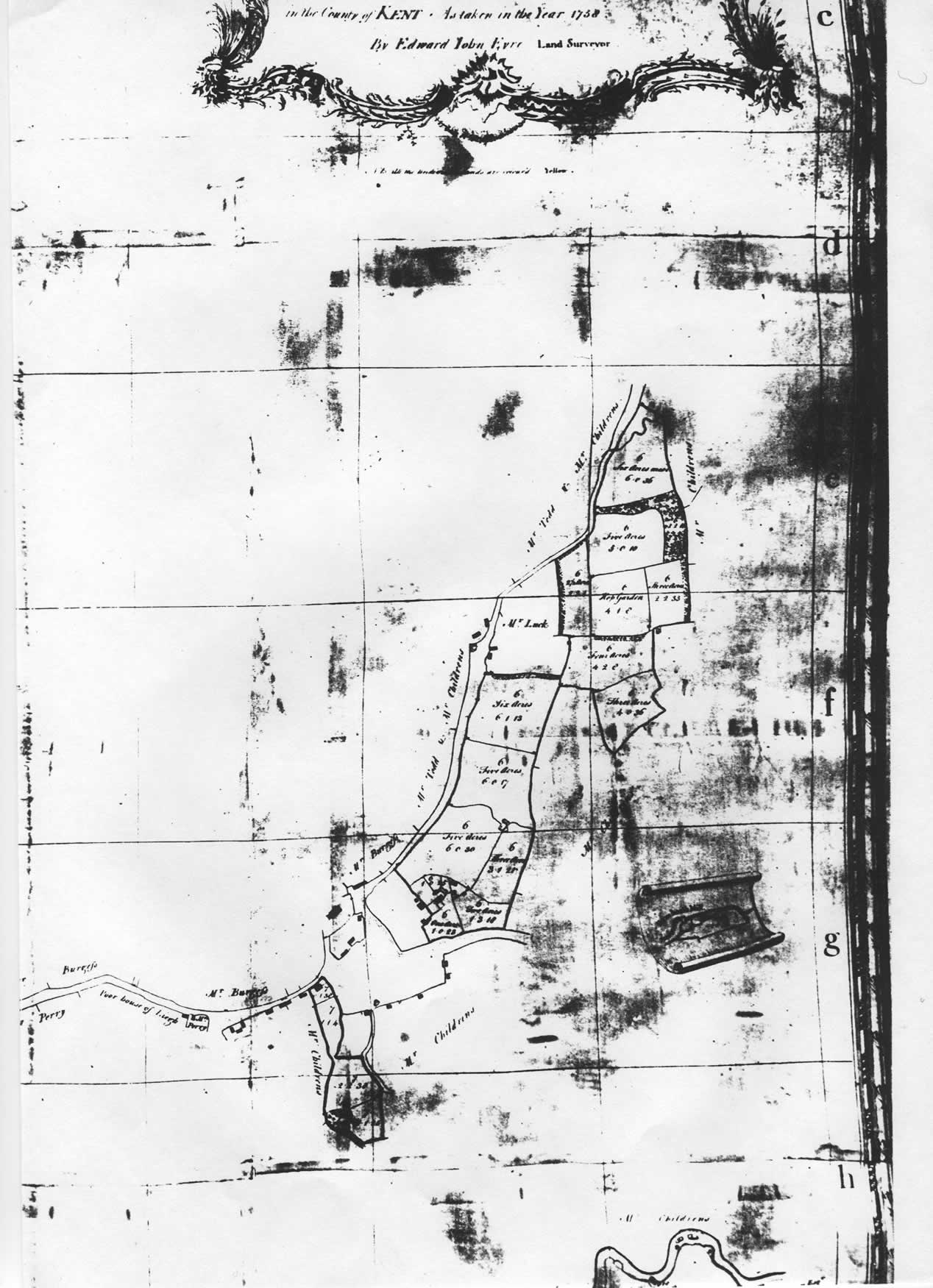 Only those parts of the estate to which she was entitled are shown in detail but the names of adjoining owners are shown.

The escutcheon is well drawn and shows Lady Yonge’s coat of arms in diamond shape as she was a widow.

In Leigh there are about 8 houses round the Green and about 8 on the south side of the High Street.

Clements Farm, now Orchard House, is shown with its 7 acres, Kennards Farm on the east side of the road to Hildenborough, Priory Farm in Scabharbour Lane and Leigh Park Farm are all shown in detail as belonging to Lady Yonge.

Blackhoath and Prices Woods are shown almost exactly as they are today.

For the period in which it was drawn the quality and accuracy of this map is outstanding.