↓ Skip to Main Content
Home › Around the parish and MAPS › Maps of Leigh and district › Greenwoods Map of Kent, 1821

This is a map on the scale of one inch to the mile for the whole of Kent and the section exhibited is the area around Leigh. This map was mounted on linen, folded and fitted into a leather covered box made to look like a book and was clearly intended for library use.

The publishers clearly made use of the 1801 Ordnance Survey but in the 20 years since the Ordnance map had been published there were the following alterations: 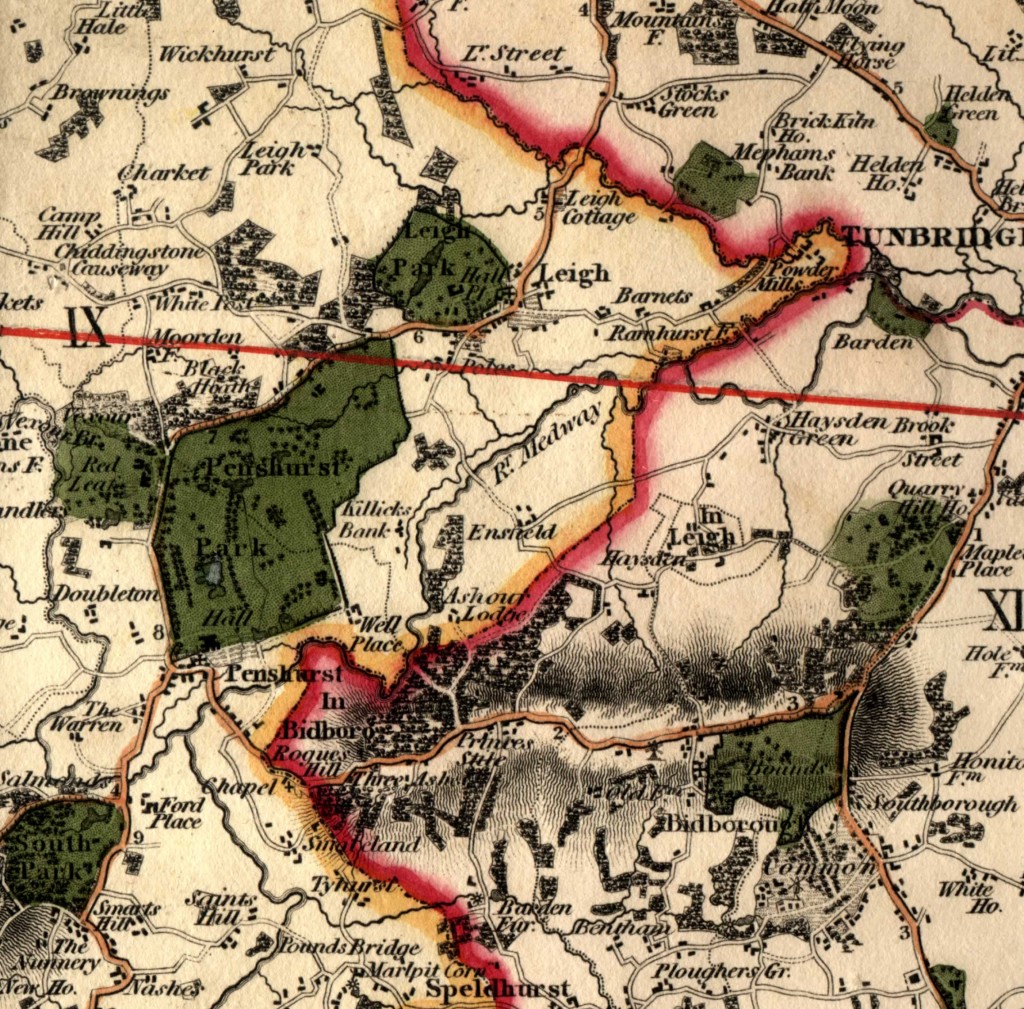 The big estates such as Penshurst Place , Hall Place , Redleaf, South Park and Chiddingstone are coloured green, no doubt because this map was intended for sale to the “Nobility, Clergy and Gentry” to whom it is respectfully dedicated.

It is interesting that new money was coming into the area as South Park had been sold to Richard Alnut, a London Merchant, Redleaf had been sold to William Wells, a Deptford shipbuilder and Hall Place to F. Baily who had married the granddaughter of the most successful brewer in London .