↓ Skip to Main Content
Home › Around the parish and MAPS › High Street South Side – East to West; North Side East to West; and Lower Green › Wheelwrights Cottage

What is now known as Wheelwright Cottage was the site of a long-established workshop of the Faircloth family, certainly from the end of the 19th century until the Second World War. Harry Faircloth, aged 34, is shown in the 1891 census as being in what was then known as Ivy House or Ivy Cottage. (This was changed in 1967 to Pump Cottage as it is known today).

Harry Faircloth, known as “Potty” Faircloth – is shown as a wheelwright; and he had his workshop at the bottom of his garden where he and his brother-in-law, Henry Martin, not only made wheels for carts but were undertakers and made coffins and undertook general carpentry (see “We Had Everything …”). At least one of Harry Faircloth’s sons, Ray, used the shed/s until the Second World War or perhaps until the 1950s or 1960s. The workshop at some stage included a saw pit and some people suggest that later it included stables which vied with the Forge on the Green as a farrier. Blacksmith’s tools were still there after the Second World War. One source suggested that after the Second World War the site was used by Amos Taylor – another undertaker – and by Tim Lee, the coalman: but this story seems wrong. Amos Taylor’s workshop was on the right of Kiln Lane, opposite where the Scout Hut is now; and Tim Lee stored his lorry and other equipment down Kiln Lane.

By 1962, when the workshop below Ivy Cottage was rundown and unused, the Hall Place Estate sold the plot to Mr Geoffrey James Hitchcock and Mrs Patricia Francis Hitchcock for £750: Geoff Hitchcock was the Sevenoaks Rural District Council’s Planning Officer and from a long standing and much respected local family. The plot of land runs behind Pump Cottage, West Cottage and Parkview Cottage on the High Street side and has the unused non-conformist burial ground to the south. He obtained permission to build a bungalow there – although, as the attached letter shows, there was some aggravation during the building process*.

In 1996 the Hitchcock’s estate sold the property to Andrew and Helen Everett. In 2011 the Everetts obtained planning permission for a modern designed extension containing a high ceilinged kitchen and a matching double garage. [The Planning Officer of the day said that permission for this very different style of architecture “reflected the decade in which it was built.”] At the same time the Everetts opened up the roof space part in the original bungalow to create a new style of sitting room.

(See below letter of 5 Dec 1961; and extract from Ordnance Survey map) 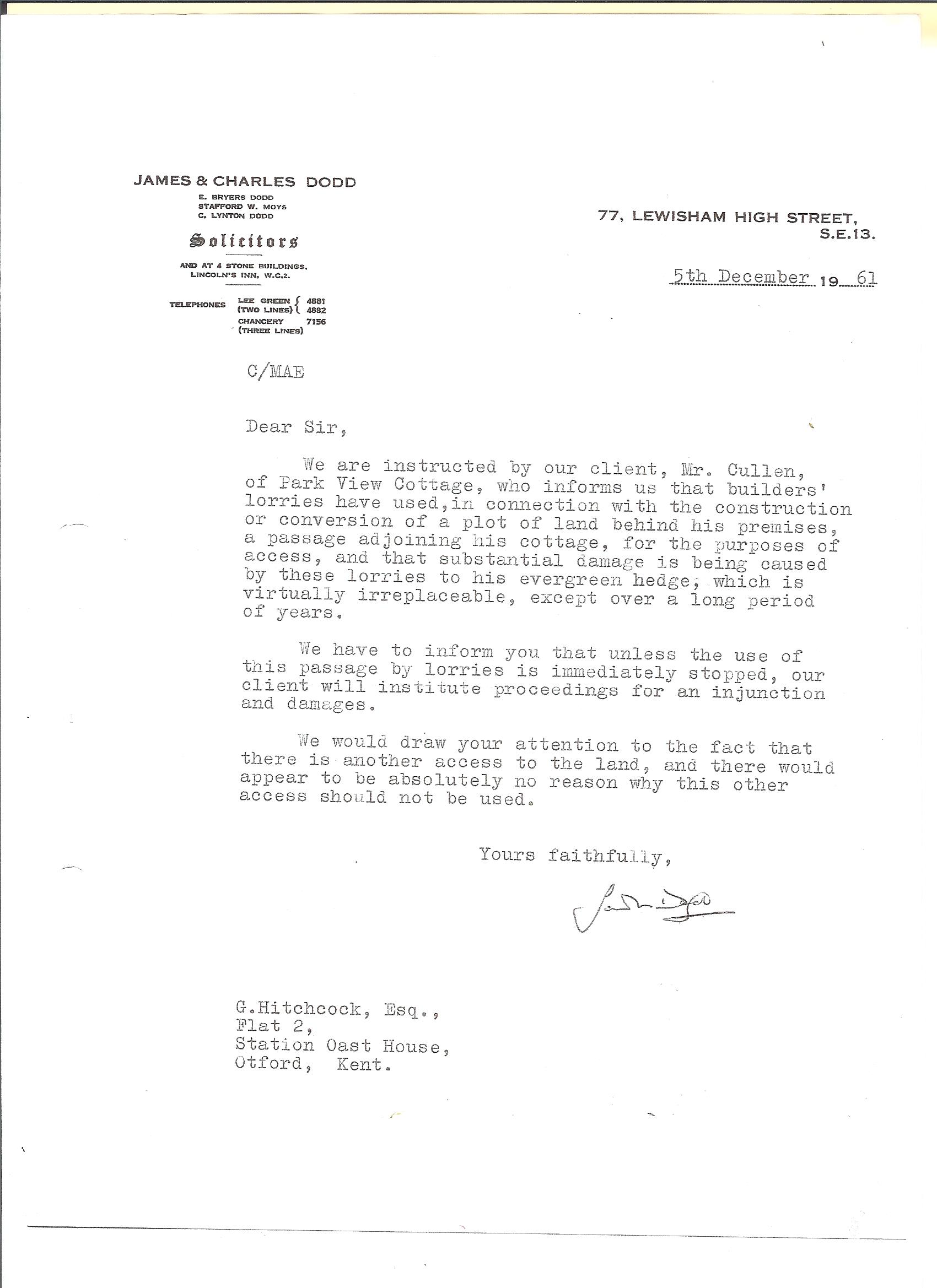 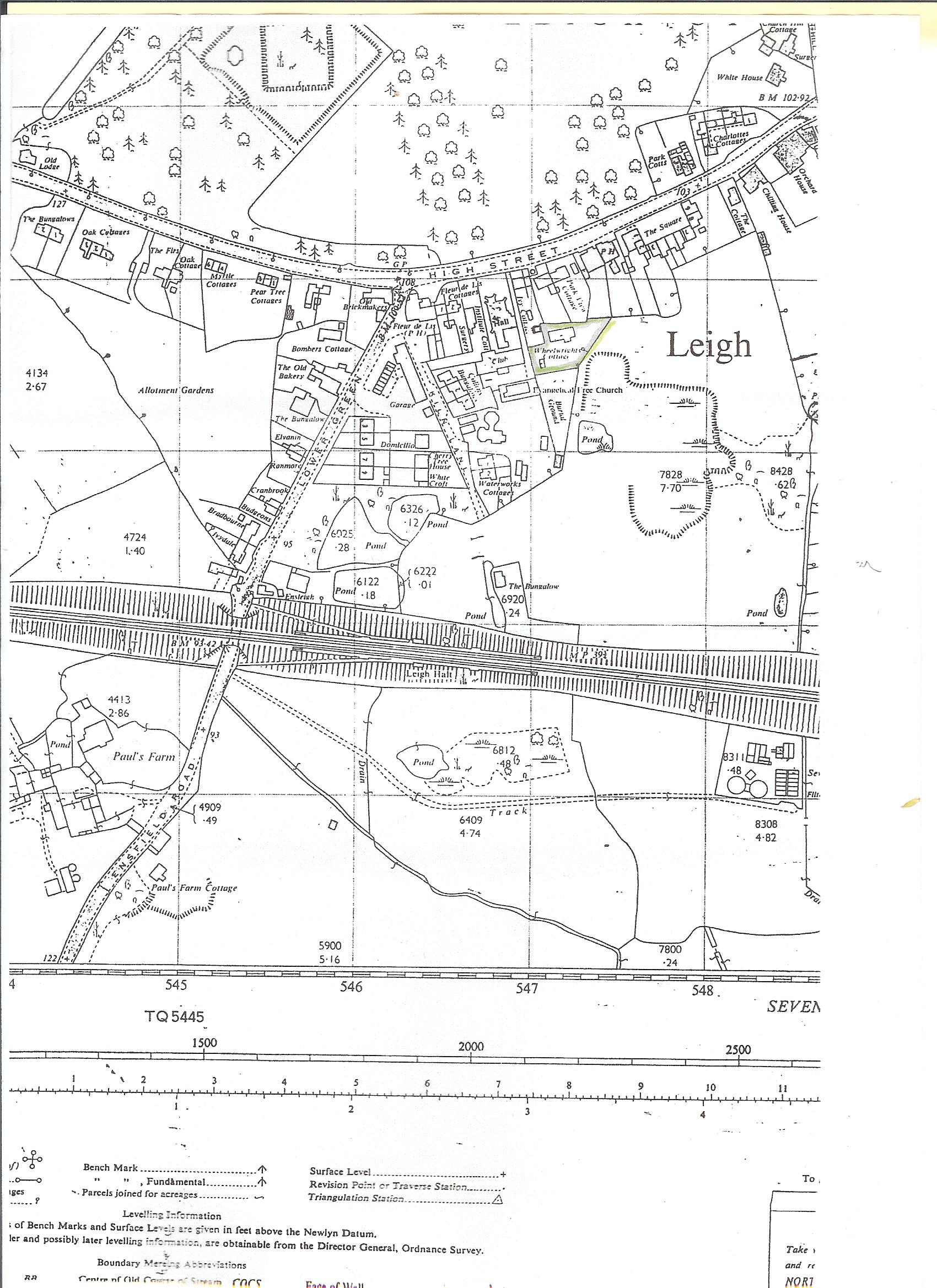