↓ Skip to Main Content
Home › Around the parish and MAPS › High Street South Side – East to West; North Side East to West; and Lower Green › Square (The) 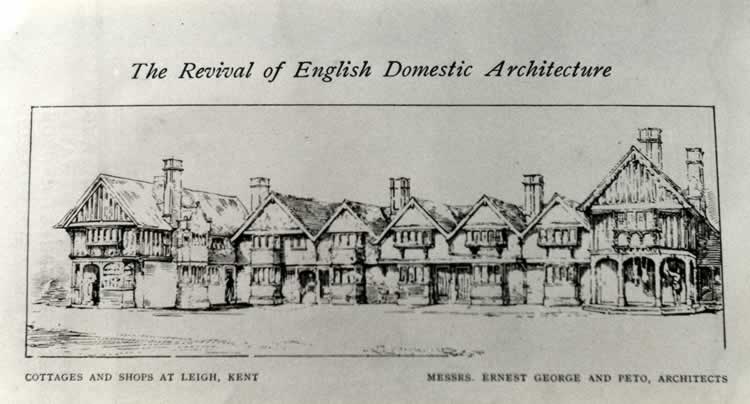 On the site now occupied by the square was a block of six cottages and beyond them a building known as Brights, which in 1872 consisted of three cottages but which may well have been a single house at an earlier date. In 1781 Brights was the property of James Farrant the parish clerk. In 1781 Brights was mortgaged to Robert Burgess, James Farrant’s son-in-law who had married his daughter Sarah.

The property was ultimately sold by the Farrant family to Thomas Baily in 1868 and, together with three of the six cottages adjoining, formed part of the property bought by Samuel Morley in 1870. The other three cottages had been given by Sarah Harbroe (nee Farrant) by her Will to her sister Mary Saint (nee Farrant) who had them pulled down in 1841 and replaced by four cottages. By her Will Mary Saint gave these four cottages to her daughter for life and after her death to her grandson Allan May.

In 1889 Allan May sold them to Samuel Hope Morley who pulled down Brights and the block of seven cottages and built the The Square (which includes Southdown House) to the designs of Sir Ernest George and Peto, architects. This firm had previously been employed by Samuel Morley’s son Charles in 1878 to design the cottages in Morley Lane Chislehurst, now known as Morley Cottages and Samuel had also employed the same firm to design 1-7 Forge Square and South View. Herbert Baker who was employed in Sir Ernest George’s office from 1882 to 1890 and who was involved in carrying out this work, later became Sir Herbert Baker and went on to design the government buildings in Pretoria and with Sir Edwin Lutyens, the main government buildings in New Delhi . The western end of The Square was a butcher’s shop, the eastern end a reading room and later the post office. 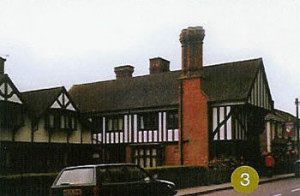