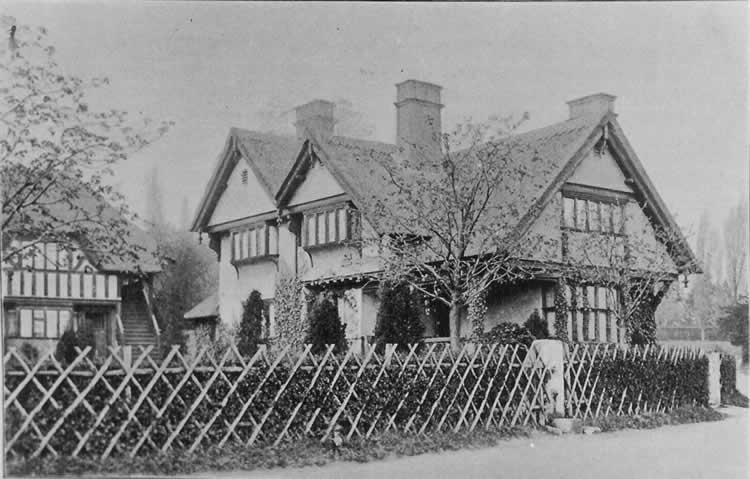 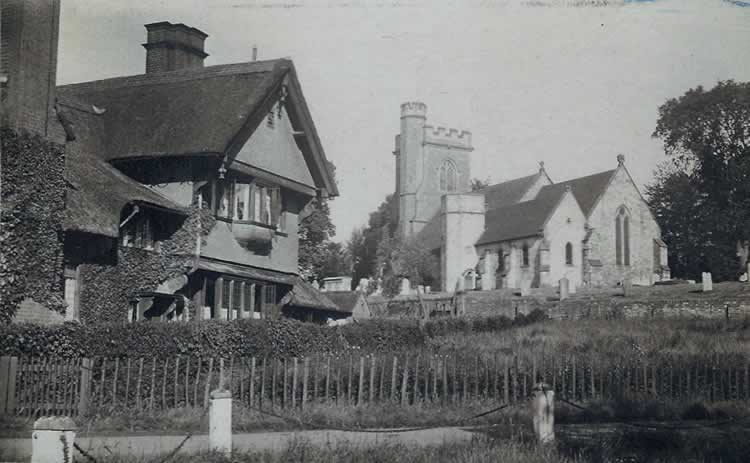 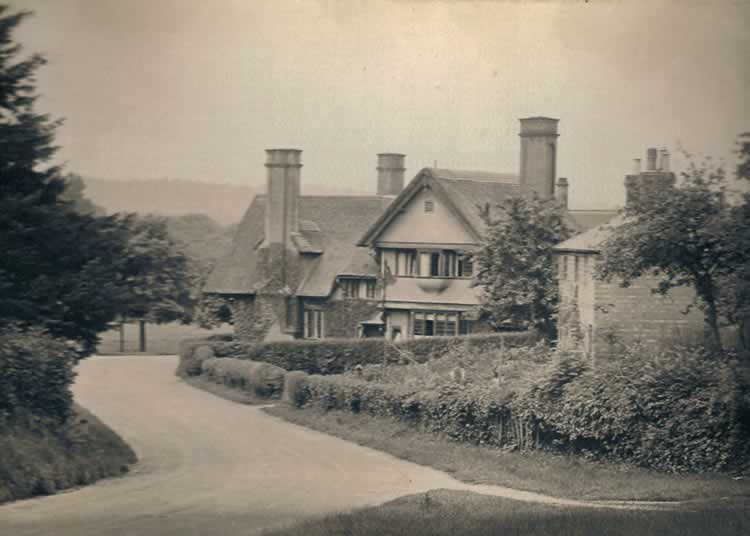 Parish Charity Cottages (on right) and South View. The Charity Cottages were built about 1865 by the Vestry and were demolished in 1911/12 at the request of Samuel Hope Morley who provided Chestnuts (new) and Nos 1 and 2 Cherry Tree Cottages instead. 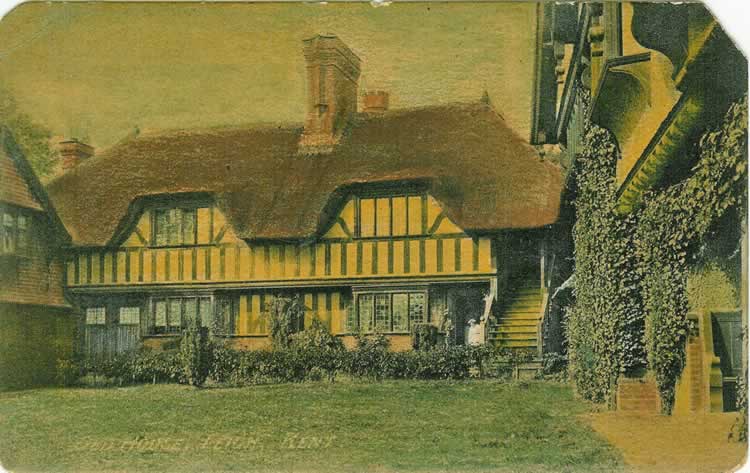 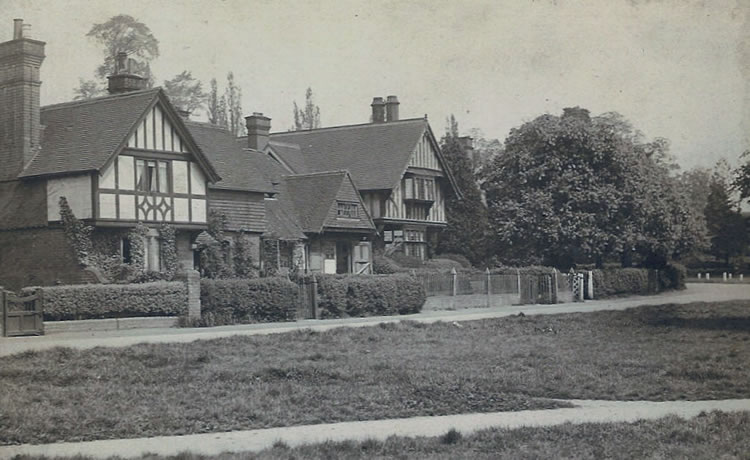 The Forge to Forge Cottage showing footpath across the Green. Photograph from the album of Rev. Octavius Walton (vicar of Leigh 1906-18) 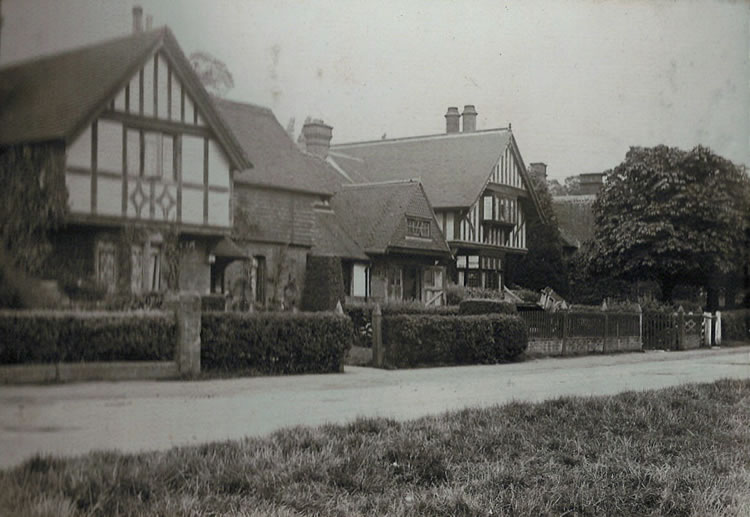 The Forge to Forge Cottage. Photograph from the album of Rev. Octavius Walton (vicar of Leigh 1906-18) 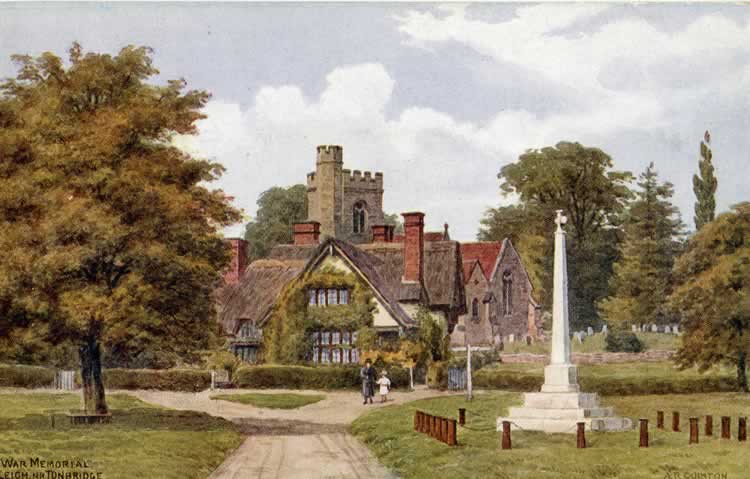 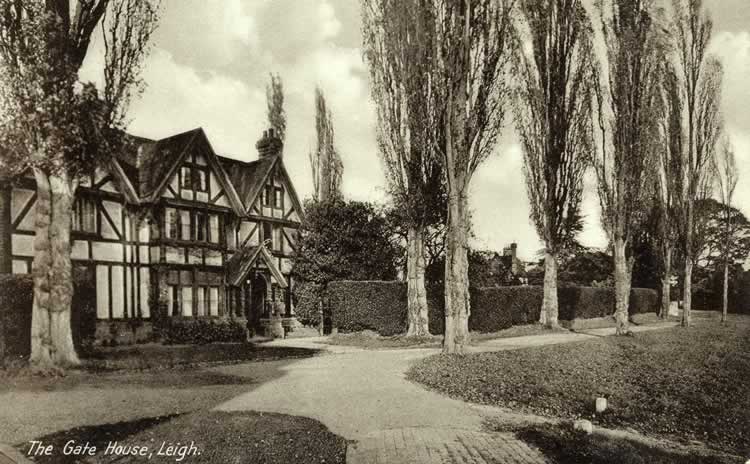 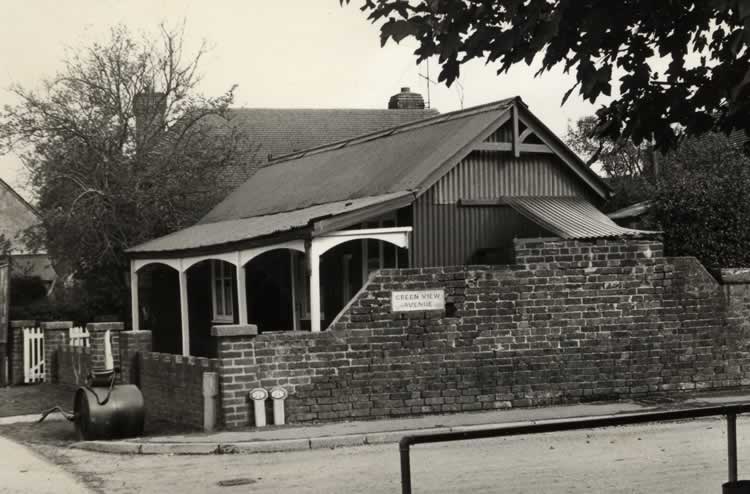 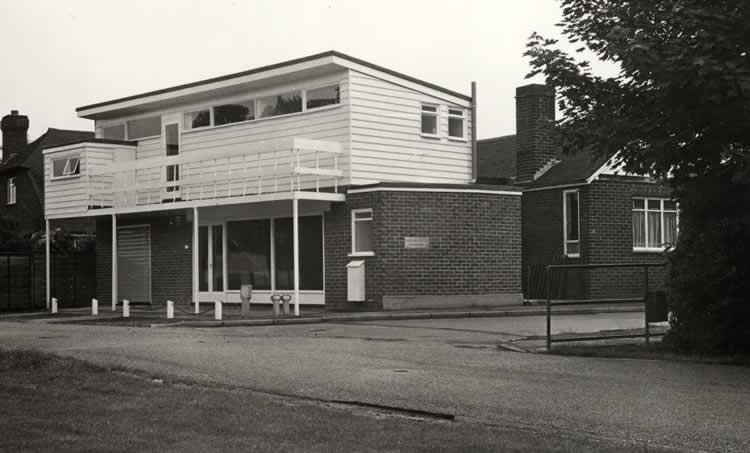 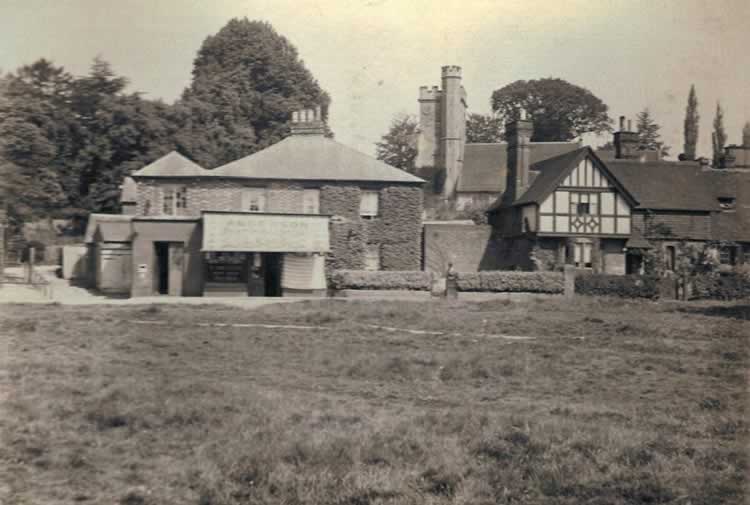 Anderson’s Village Shop (Post Office and General Store owned by William Anderson) and Forge Cottage. The latter built after 1872. Photo likely to be 1916-18 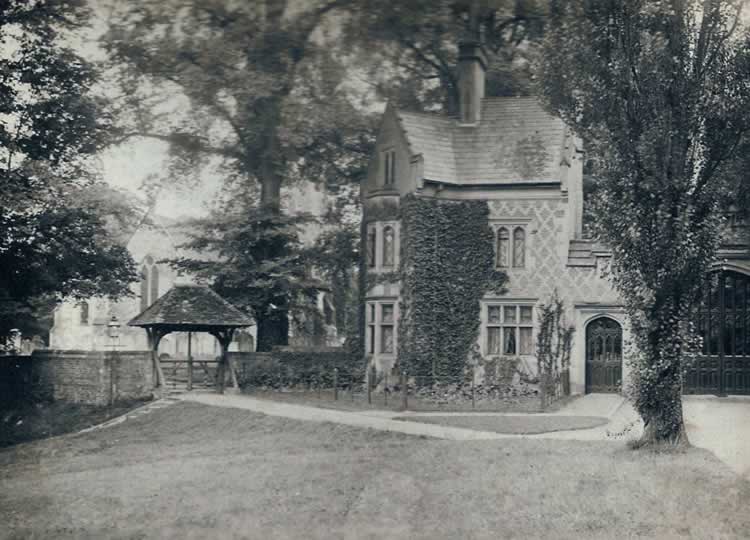 East Lodge and Lych Gate. Note the gas light to the left, and large tree (oak?) to right of the lych gate 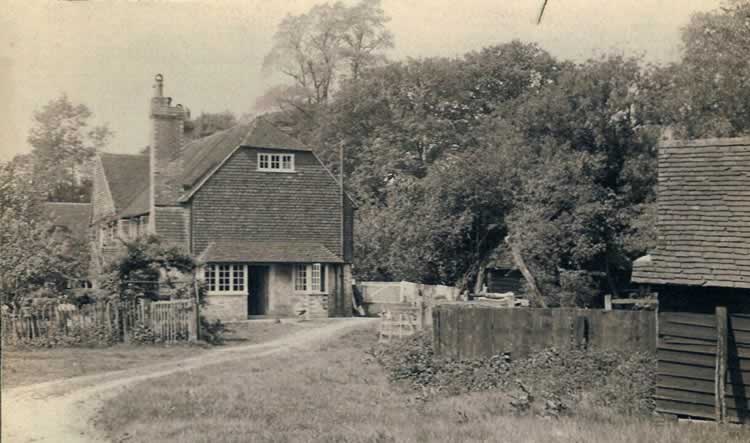 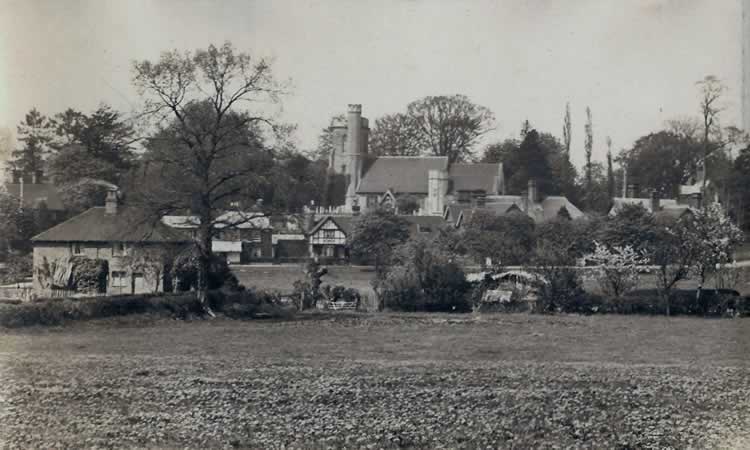 Cherry Tree Cottages (on left). Photo taken from where the back gardens of Green View Avenue are today. 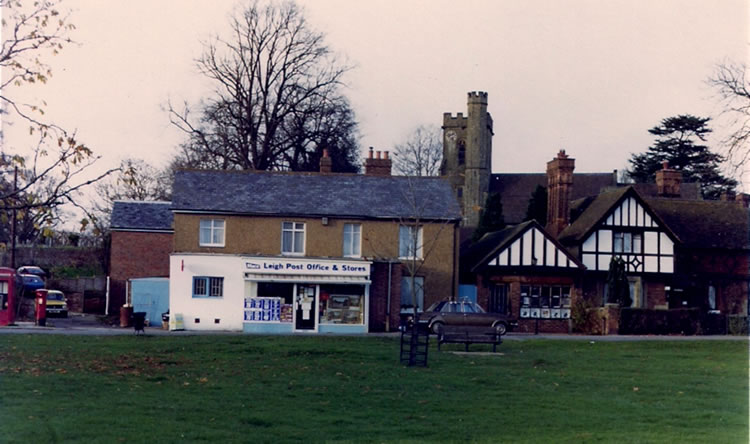 Leigh Post Office and Stores with the Butcher’s alongside. Photo mid-1970s 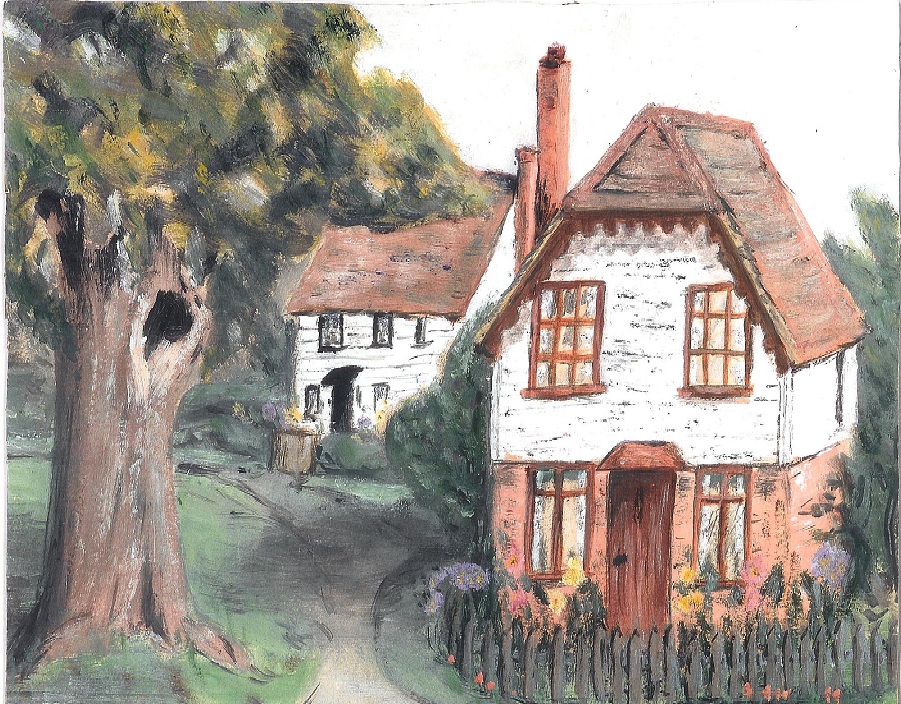 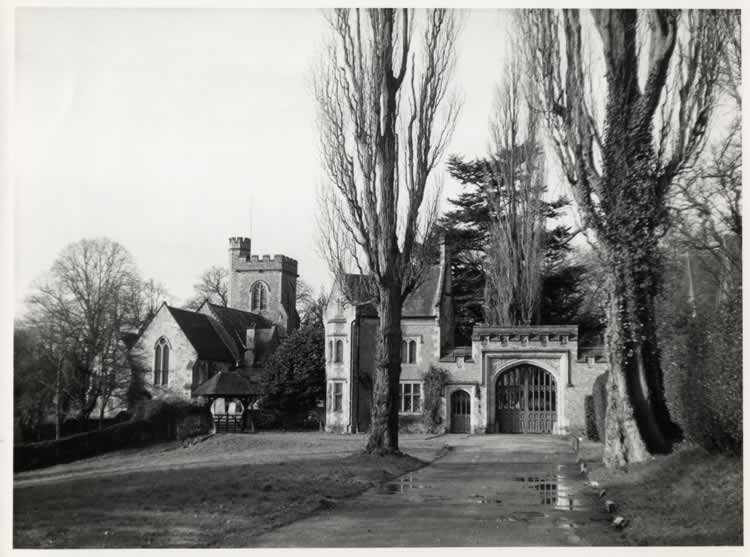 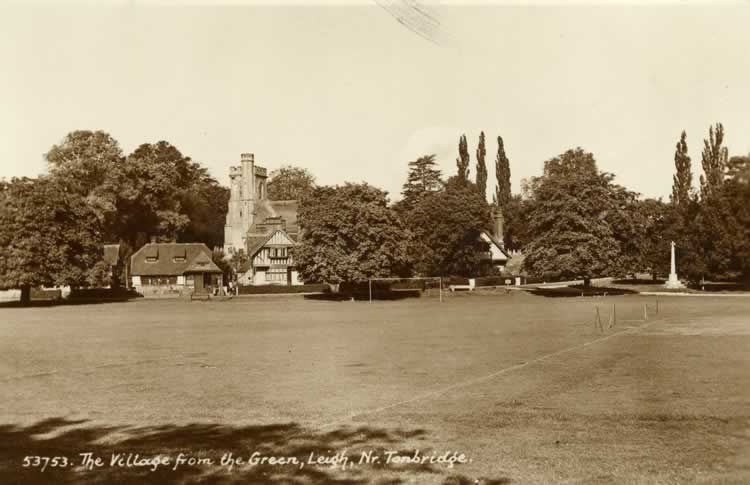 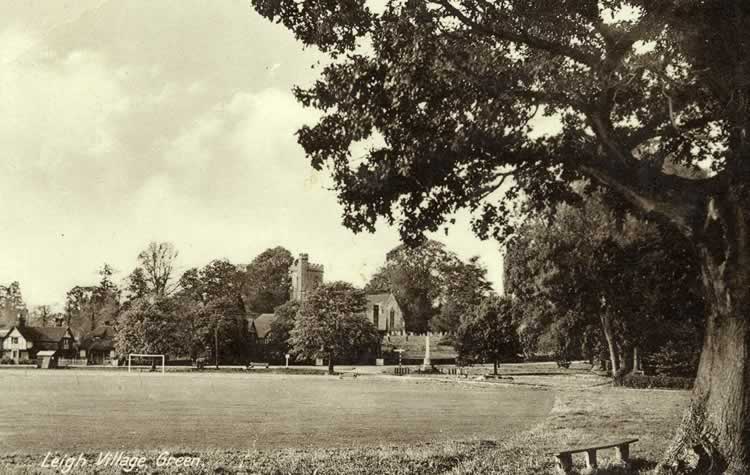 The Green from the southeast corner. Postcard, 1940s 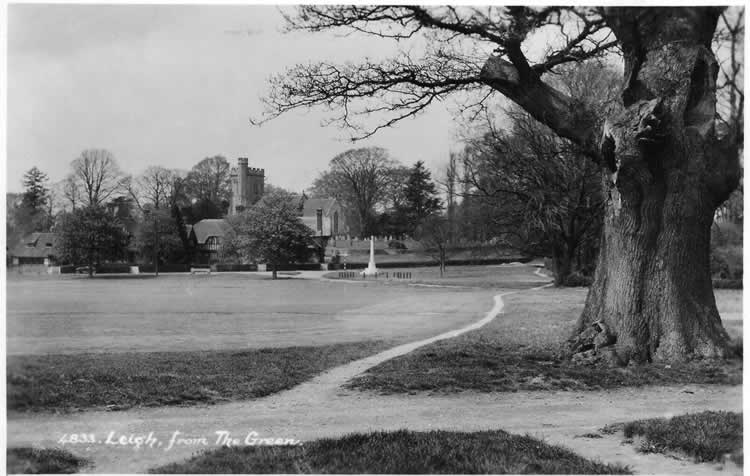 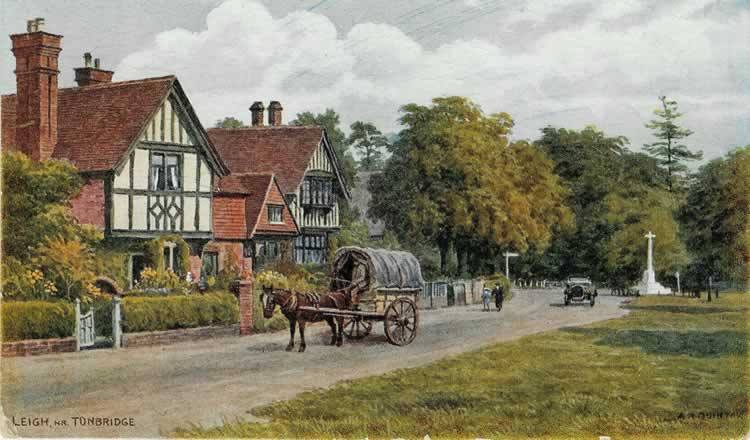 Forge House, No 1 Forge Square and the War Memorial 1920s. Postcard published by J Salmon, Sevenoaks from an original watercolour by A.R. Quinton 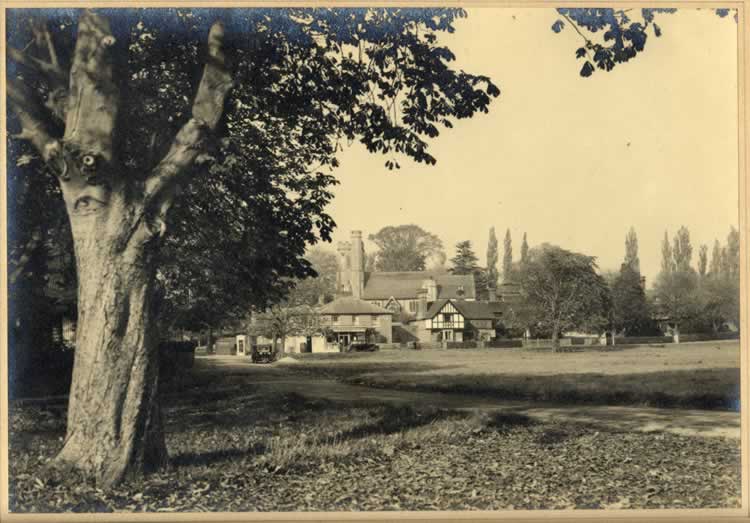